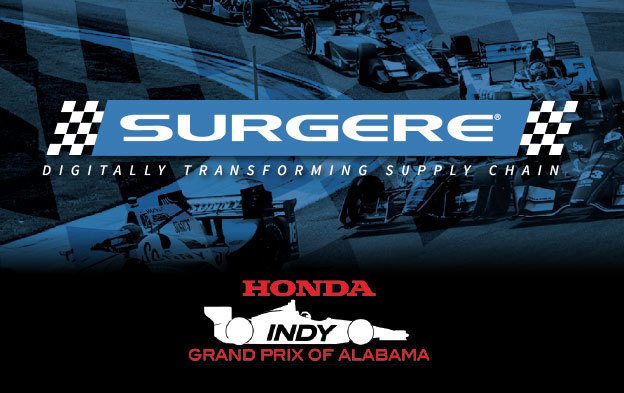 Posted at 18:43h in Honda Indy Grand Prix of Alabama News by bell

BIRMINGHAM, AL (March 23, 2018) – Surgere, an industry leader in visibility and control for automotive supply chains, has been named the official sponsor of the 2018 Honda Indy Grand Prix of Alabama’s Fan Zone during the race weekend of April 20-22 at Barber Motorsports Park in Birmingham.

The Green, Ohio-based company’s sponsorship reflects the importance of Alabama to Surgere’s client base and to the growing impact of Alabama’s automotive industry overall.

The Surgere Fan Zone (#FansofInnovation) contains the Honda Indy Grand Prix of Alabama’s Workforce Development Center, all corporate hospitality venues, vendors for racing merchandise and food, the IndyCar Fan Village, Bud’s Best Ferris Wheel, and the Honda product display area. This represents the second major sponsorship for Surgere in Alabama in the past year, with the company having sponsored the Southern Automotive Conference Innovation Zone in October 2017. 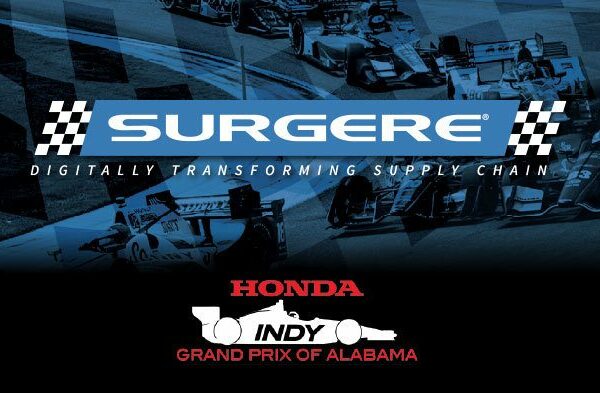 “We’re investing in Alabama because we believe in its rising position in the global automotive industry,” said Surgere President and CEO William Wappler. “Alabama has become a key state for our company’s current and future client base both here and across the Deep South. On the business side, the major auto manufacturers are uniting around our data ecosystem for tracking packaging and parts. On the community side, we’re a believer in workforce development and investing back into the communities where we operate.

“Of course, the main reason for the Surgere Fan Zone is for people to have fun. Just coming out to celebrate the ultimate racing vehicles on the planet, with families, friends and sunshine – what could be better than that,” Wappler said.

Surgere has become increasingly involved with Alabama’s automotive scene in the last several years, with membership in the Alabama Automotive Manufacturers Alliance (AAMA) and its investment in the Southern Automotive Conference. “Supporting our clients and strategic partners and associations also means caring about what they care about. And we also like Honda’s passion in developing the workforce in the greater Birmingham region and beyond,” Wappler said.

About Surgere: Surgere, based in Green, Ohio, is the industry leader in providing visibility and control within the automotive industry’s supply chain (RFID and sensor-based location, and advanced data analytics). Surgere provides clients with advanced visibility, data analytics, and control through each segment of the Automotive Supply Chain — Packaging, Transportation, Yard Management, Finished Vehicles, In-Plant, and Cross-Global. Their clients include major OEMs such as Toyota and Fiat Chrysler Automobiles, and other industry leaders such as Adient, Cooper Standard, Electrolux, Lear Corporation, MAHLE, North American Lighting, The Timken Company, Wallenius Wilhelmsen Logistics, Whirlpool Corporation, Yanfeng Automotive Interiors, Yazaki, and many other well-known brands.