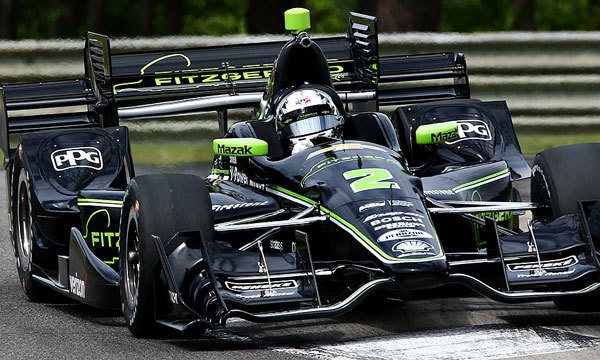 Posted at 19:45h in Honda Indy Grand Prix of Alabama News by bell

Additionally, ZOOM Motorsports is excited to announce its partnership with America’s First Federal Credit Union as the presenting sponsor of the event.

“We are excited to partner with one of the strongest credit unions in the nation as the 2017 Honda Indy Grand Prix of Alabama presenting sponsor,” stated George Dennis, president of ZOOM Motorsports, the exclusive event promoter of Barber Motorsports Park. The reputation and impact that America’s First has in the community is first class and we look forward to what the future has to hold.”

America’s First is a community-chartered credit union with 19 branch locations that serve in eight counties within Alabama. With more than 145,000 members, America’s First is one of the strongest credit unions in the nation and is always committed to providing cost-effective financial services.

“We are very excited to be a part of the Honda Indy Grand Prix of Alabama”, said Bill Connor, President/CEO of America’s First. “It’s a hugely popular event for Birmingham and the State of Alabama. The opportunity to partner with the Barber Motorsports Park for this weekend of racing exemplifies our commitment to supporting events that showcase our region and bring economic benefit to our community.”

Additionally, fans have the opportunity to take advantage of our limited time holiday package deal, which includes (2) General Admission Good-AnyOne-Day tickets to the Honda Indy Grand Prix of Alabama and a $25 gift card to Cocina Superior for only $79. Holiday packages are available until Monday, January 3, 2017 or while supplies last.

Throughout the three-day weekend, fans will enjoy seeing all of the big names in INDYCAR racing including Dancing with the Stars phenomenon James Hinchcliffe, Graham Rahal, Marco Andretti, Helio Castroneves and defending champion Simon Pagenaud as they take on the 2.38-mile, 17- turn circuit to prepare for the main event on Sunday, April 23, 2017.

General admission tickets for the ninth annual event start as low as $15 and, as always, children 15 and under are admitted free with a ticketed adult. Fans can visit www.barberracingevents.com to purchase tickets.